I just finished the third season of Lucifer, and I have thoughts. I’m going to try to avoid spoilers here, but this post might not hold much interest for those who have not seen even a single episode of this ridiculous, entertaining, and surprisingly emotional drama. The premise is quirky: imagine the Biblical Heaven and Hell are real, and the devil, bored and rebellious, has abandoned his post as Lord of Hell and decamped to Earth – Los Angeles to be precise – to become a sleazy nightclub owner.

Yes, that’s right. Lucifer Morningstar, Fallen Angel, is now a nightclub owner, and he proceeds to enjoy himself to the hedonistic hilt with wine, women and song. Men too. Oh, and he plays the piano. Women find him completely irresistible, for Desire is his power. And why should it not be? Desire leads to temptation and temptation leads to sin, right? So most religions tell us. (Remember: most religions support the patriarchy.) 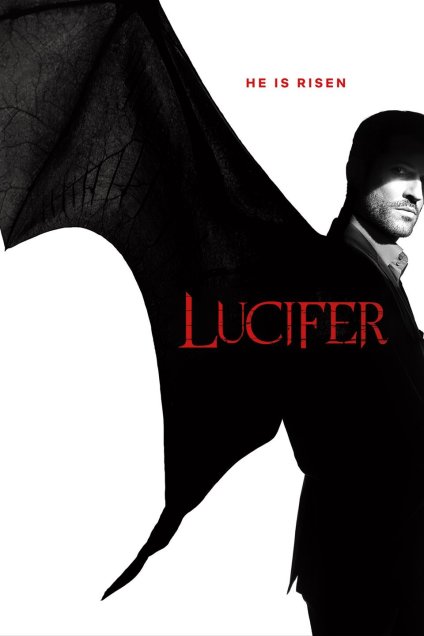 Enter Detective Chloe Decker, LAPD, the only woman who is absolutely immune to Lucifer’s charms. (There’s a good reason for this, I promise you.) Lucifer is intrigued. He insinuates himself into the LAPD as a civilian consultant, and ends up as Chloe’s partner. Some very entertaining episodes follow as Lucifer tries to figure out what makes Chloe special, agonizes over whether he should reveal his true ‘devil face’ to her, and goes about catching criminals and punishing evil-doers. (Note: there is a grisly murder in every episode, which makes it a bit wearing after a while).

It’s not for Lucifer that I watch the show, however. Lucifer is one narcissistic, unreliable jerk. He has huge Daddy issues, is extremely bitter about having been thrown out of Heaven, and loathes himself too much to permit himself to be in a healthy, loving relationship. Yeah, I know it’s the devil we’re talking about, but he has very human failings.

No, I watch the show for the women: Dr Linda, the devil’s therapist, and possibly the only balanced person around. Mazikeen, demon from Hell, who supposedly has no soul, but would do anything for her friends. Ella Lopez, forensics expert, bright and peppy and damn good at her job. And of course, Chloe herself, who is not just a great detective, but a lovely person, and a devoted mother.

If there is a man on the show I like, it’s Detective Dan Espinoza, Chloe’s ex-husband. Yes, Dan makes a lot of mistakes, but he owns up to them, and is a better person for it. He is thoughtful and decent – two things Lucifer is not. In fact, there is a rather funny episode in which Lucifer tries to learn how to be Dan, because he sees that Dan is more likeable and helpful than he is. He fails, of course.

Amenadiel, Lucifer’s elder brother, and the firstborn, is a pretty good guy (angel?) too. Or rather, he becomes good. He falls, and rises again. It’s a beautiful arc, which ends in S3, E24.

And this is the heart of it really. What does redemption look like for each of us? How deserving do we think ourselves to be? If the devil himself can be saved, what does that mean for the rest of us?

Season 4 is supposed to be released in a few days. Looking forward to seeing how they end it all.