Race, poetry and elocution: The Congo 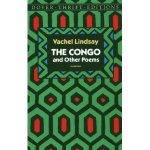 When I was in the fourth grade – in the La Martiniere Girls’ School, Lucknow – we won the group elocution with The Congo. The following year, most of us went on to the fifth grade, and we stopped winning the elocution prize. Apparently, the fifth grade teacher had not heard of Vachel Lindsay, or of poetry as performance art. It is just as well. As fourth-graders, we did not examine too closely the words we were forced to memorize. Maybe the judges did not bother with the words either, merely judging us on the sound of our rolling “Booms!” and our collectively solemn faces as we chanted:

As a performance, it was impeccable. Anything less would have been unthinkable to our teacher, Ms. Madan, who inspired in us equal parts terror and awe. She was rumoured to have pulled one girl’s ear so hard that she tore her earring off. Ouch.

As a poem, though, I cannot read The Congo now without a feeling of mortification and annoyance. The complete title is: The Congo – A Study of the Negro Race. The first part is titled Their Basic Savagery. You get the idea.

To be fair to the poet Vachel Lindsay, let us put him in his setting. It is 1912, and the Congo is now a Belgian colony. From 1885 – 1908 the ‘Congo Free State’ was actually in the private control of King Leopold, and during that time millions of local peoples died of brutal mistreatment and forced labour by white officials. A failure to meet rubber quotas, for instance, resulted in death and mutilation. People’s hands were chopped off for failing to meet quotas, and as proof that they had been killed. These atrocities eventually led to an international outcry that ended Leopold’s rule and annexed Congo as a Belgian colony in 1908.

Vachel does not spare the cruel and greedy Leopold in his poem:

Listen to the yell of Leopold’s ghost
Burning in Hell for his hand-maimed host.
Hear how the demons chuckle and yell
Cutting his hands off, down in Hell.

Vachel in fact was, or at least believed himself to be, an advocate for African-Americans. He saw himself as anti-racist, both in his writing and in his ‘discovery’ of the jazz poet Langston Hughes. He could not fathom why people saw some of his poems as racist. He didn’t see himself as a white man writing only for white men.

Reading The Congo, however, it is clear that racial stereotypes pervade his poetry, all the more invidious for his ‘good intentions’. He saw Africans as ‘others’, an inherently violent and primitive race. The poem itself was inspired by a sermon on a missionary drowning in the Congo River, and tells the story of an isolated tribal society confronted with outsiders. It’s worth reading aloud to yourself, if only for a lesson in historical racial attitudes. And if you want to say ‘Boomlay, boomlay, boomlay, BOOM’ several times.

Sadly, Vachel Lindsay sank into depression from financial troubles, and committed suicide in 1931. He leaves a legacy that inspires discussion and forces us to examine lingering attitudes of racism, both in life and in literature.

“You look about you and see a black world full of a strange beauty different from that of the white world; they (coloured people) look about them and see other men with exactly the same feelings and desires who refuse to recognize the resemblance. You look forward to a colored Utopia separate and different from the hope of the white man; they have only one overwhelming desire, and that is to share in a common civilization in which all distinctions of race are blurred (or forgotten) by common aspiration and common labors.”

Science fiction and fantasy writer. I blog at: ratiwrites.com Thanks for dropping by!
View all posts by Rati Mehrotra →
This entry was posted in Books and media, Writing and tagged Poetry, Racism, The Congo, Vachel Lindsay. Bookmark the permalink.

2 Responses to Race, poetry and elocution: The Congo