Monsters and Adventures and Tropes, oh my (Part 3)

Okay, this is my final post on this topic. The third exciting project I am proud to be a part of is Upside Down: Inverted Tropes in Storytelling published by Jason Sizemore of Apex Publications, due out this November, and edited by Monica Valentinelli. Each story in this collection examines a tired trope or common cliche and twists it into something new.

My story in this anthology is titled Real Women are Dangerous and is inspired by the 100 million Missing Women of Asia. The term ‘missing women’ refers to the number of extra women who SHOULD have been around in a particular country or region if the ratio of men to women was the same as it is in other parts of the world where girls and boys get the same level of care. 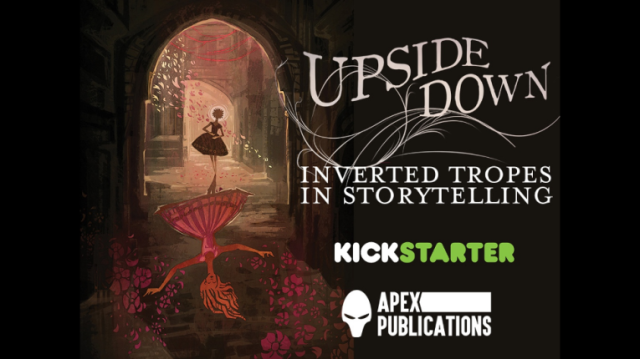 To put it more simply, if in a particular place there are 100 boys and only 80 girls, whereas in other parts of the world where they get the same level of care the ratio is 100 boys to 105 girls, then the number of girls missing is 25. Perhaps they were aborted before they were born. Perhaps they were killed right after birth. Perhaps they were neglected and died of a preventable disease, or from hunger.

To put it even more simply, there are some places in the world where it truly sucks to be born poor and female. India. Pakistan. China. Bhutan (?!). And a few other countries in parts of Africa, Oceania and Europe that have the dubious distinction of around 95 or less females per 100 males.

Why does this matter? These numbers tell a story of inequality and neglect and even crime. The natural ratio at birth is around 105 females for every 100 males. But the cultural preference for sons means female foetuses get aborted at a higher rate in certain communities. South Asian immigrants skew the ratio in host countries by continuing to prefer sons, even after leaving the non-egalitarian shores of their birth. You can take the Asian out of Asia, apparently, but you can’t take out the Asian preference for sons. How many generations will it take to change?

I wanted to write about this. Okay, not about this directly, because it makes me too angry, but in an oblique way that would let me explode it. And so I used the trope of Gendericide in my story, hopefully in a new way. It was a difficult story to write, and I don’t know if I succeeded – there are so many ways my story could be misinterpreted.

You can let me know what you think, if you decide to read it when it comes out.

2 Responses to Monsters and Adventures and Tropes, oh my (Part 3)